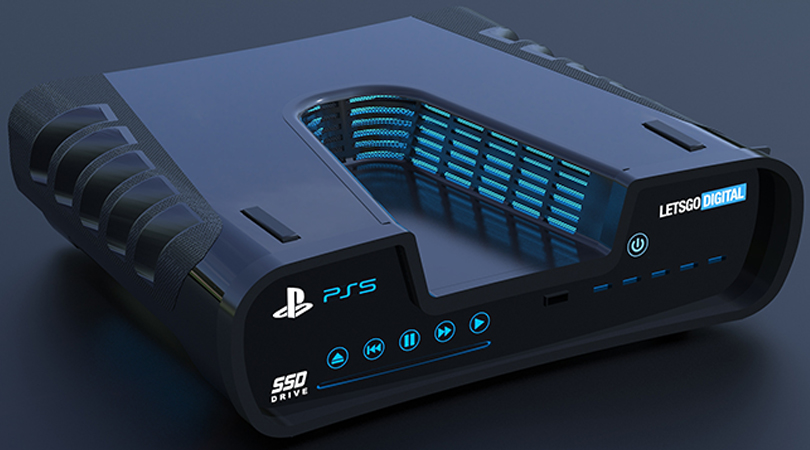 Sony finally takes the stage to officially announce its PlayStation 5 console full specification, along with the release date! Will it be a dominant force to take down the new upcoming next-gen console from Microsoft? Only time and all gamers can prove who will come on top in the end!

The configuration of the PlayStation 5 is now widely available to the public with an extremely detailed presentation from system architect, Mark Cerny. What is particularly remarkable in that presentation is that Sony has given a vision to this new generation of gaming consoles, besides bringing innovations and breakthroughs in the player's experience.

At a very basic level, we know that the PlayStation 5 uses the excellent Zen 2 processing technology from AMD. We already know the processor will have 8 actual core cores and 16 threads, but recently we also know how much faster it is.

This processor of the PlayStation 5 can clock up to 3.5 GHz. As we discuss and the nature of the processor or graphics processor clock, we will need to be aware because Cerny has indicated that this speed has been limited. For processors, the 3.5 GHz is an extreme speed, but in certain cases, it can run at lower clock speed. 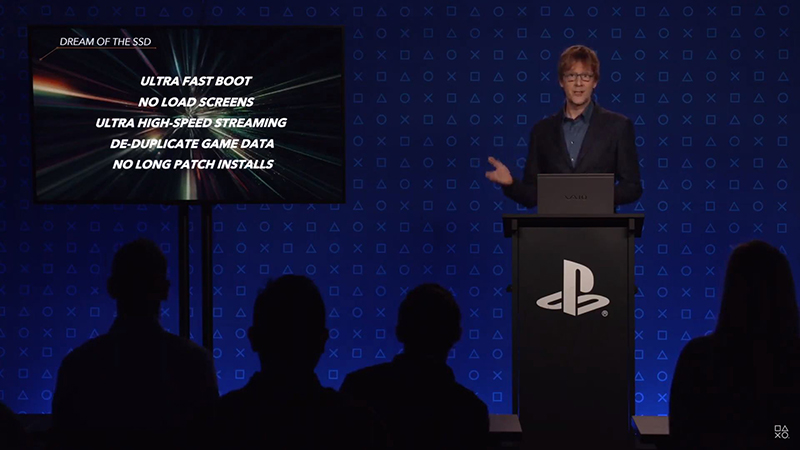 The graphics processor designed specifically for AMD's RDNA 2 architecture has 36 compute units running with a clock limit of 2.23 GHz, providing up to 10.28 TF performance. However, like the processor, this clock can be reduced to less than 2.23 GHz depending on the performance needs of each game or each task that it needs to perform.

What is very important when it comes to PlayStation 5 is its use of variable clock speed. Although it is called "boost", we should not compare it with the same technology used in today's smart device models, or even in PC. In those cases, the performance of the device will be closely related to the temperature acting on the components. Gaming performance may be lower, or even a lot lower, if the temperature rises too high. 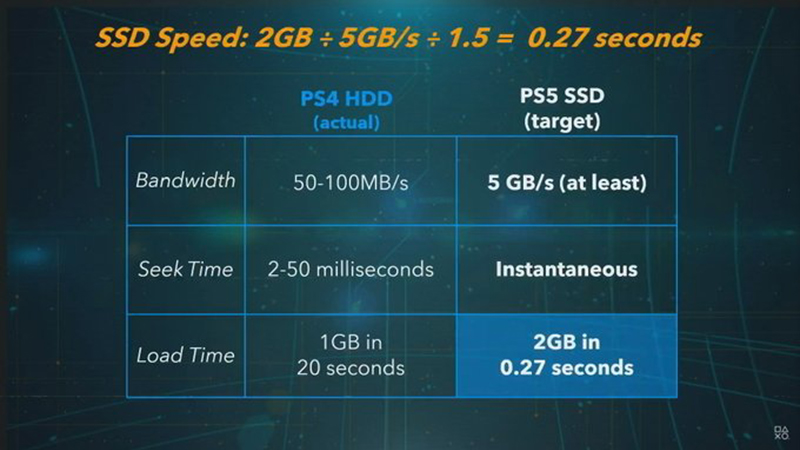 This is the opposite of what consumers would expect from a gaming machine, which is the performance that must be consistent across all systems. Because of that, the PlayStation 5 will not increase its clock that way. According to what Sony says, this model will operate at the same performance regardless of the environment.

So how does this impulse mechanism work? To simplify things, the PlayStation 5 will introduce a certain energy limit attached to the allowed temperature limit. Instead of working on a continuous clock and changing only based on the task, the machine will run continuously at a power level and change the clock speed according to the tasks it receives. An internal sensor will be responsible for monitoring the tasks that the processor and graphics processor receive, thereby changing the performance of those parts accordingly. 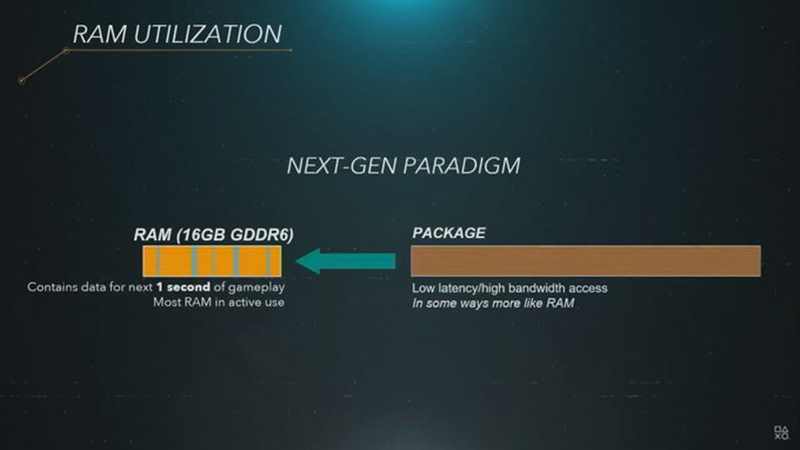 On the surface, the PlayStation 5 gives players an outstanding graphics power, but developers will still have the task of optimizing their games due to a number of machine-specific features. The question is, what happens if the machine reaches the allowed temperature limit and the device's clock speed is reduced? In his speech, Mark Cerny acknowledged that the processor and graphics processor of the machine will not be able to work continuously at 3.5 GHz and 2.23 GHz. 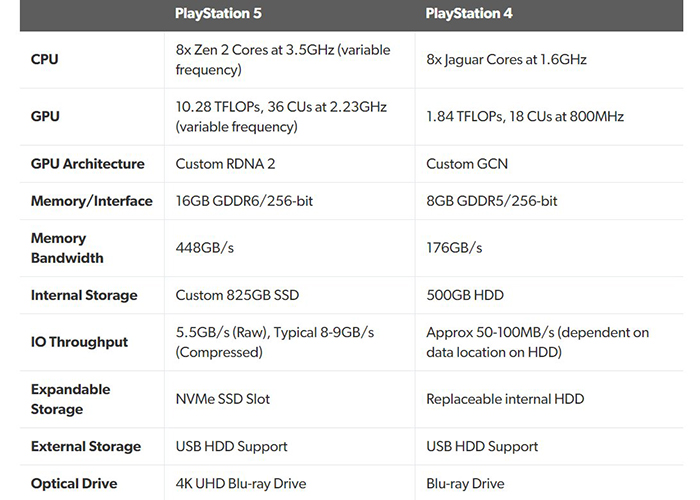 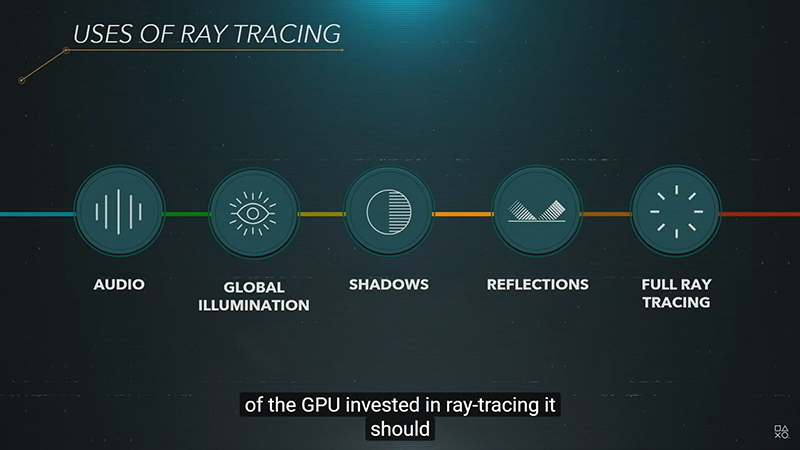 With the criterion of bringing not only good hands-on experience but also the listening, the part is very well cared by Sony in the PlayStation 5 generation when Sony itself added a virtual surround sound feature called "Virtual Surround Sound" to help you have more realistic and vivid experience in every game you set foot in.

One thing for sure, PlayStation 5 still has many interesting features to add in the near future, which we will have the opportunity to know soon. So, is it too soon to call it the king of the next-gen console? Stay tuned! 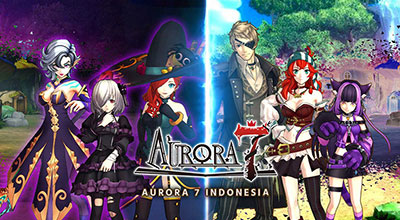 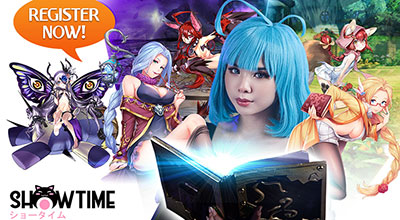