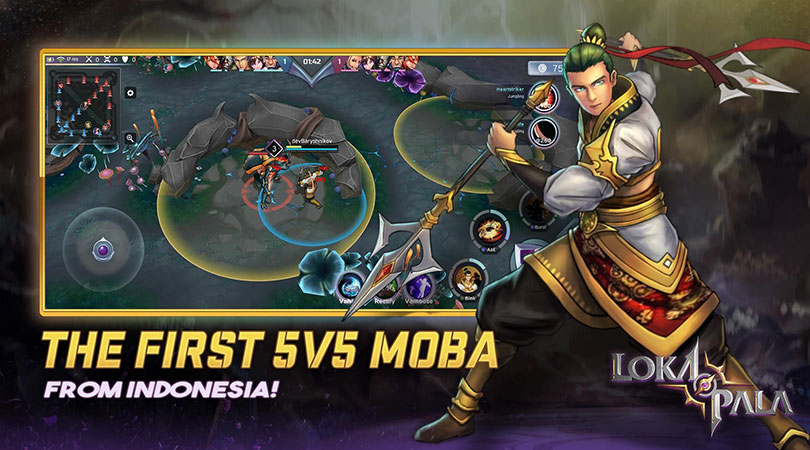 The long-awaited game from Anantarupa Studios is finally here! After the first teaser that was appeared three months ago, and followed by all the rumors until the latest trailer shown less than a week ago, 'Lokapala: Saga of the Six Realms' was officially launched through a press conference held online, (5/20) via Lokapala MOBA YouTube channel.

The chosen date also has a profound meaning for the Indonesian people, because it is coinciding with the momentum of 'Hari Kebangkitan Nasional' that falls on May 20. And now, this day would also be remembered as the birth of Indonesia's First MOBA (Multiplayer Online Battle Arena) and esports game that is made entirely by local developers.

Being the first MOBA made in Indonesia (published Dunia Games), LOKAPALA also received a lot of support from various parties including the government. It was shown from the live grand launching online event (virtually through Lokapala MOBA YouTube channel) that was attended by Deputy Minister of Trade of the Republic of Indonesia, Jerry Sambuaga. 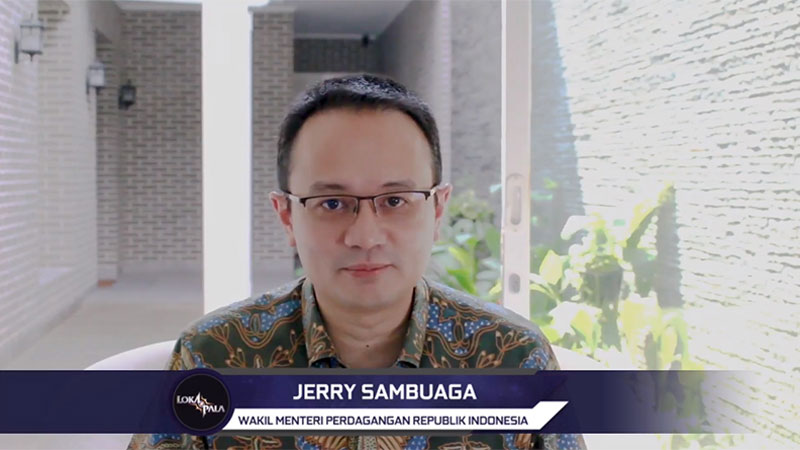 On his opening remarks, he said that Lokapala has the potential to promote the name of Indonesia in the esports industry globally so that it can gain popularity like Mobile Legends or any other MOBA games.

"As the representation of the Minister of Trade, we have a special mandate from President Joko Widodo to find and explore potential markets so Indonesia's exports can move forward on the global scene," said Jerry Sambuaga. "We see online games as one of the potential or new economic alternatives. With the release of Lokapala, I hope it becomes a new milestone, the same as our founding fathers on May 20, 1908 who gave birth to the National Awakening." 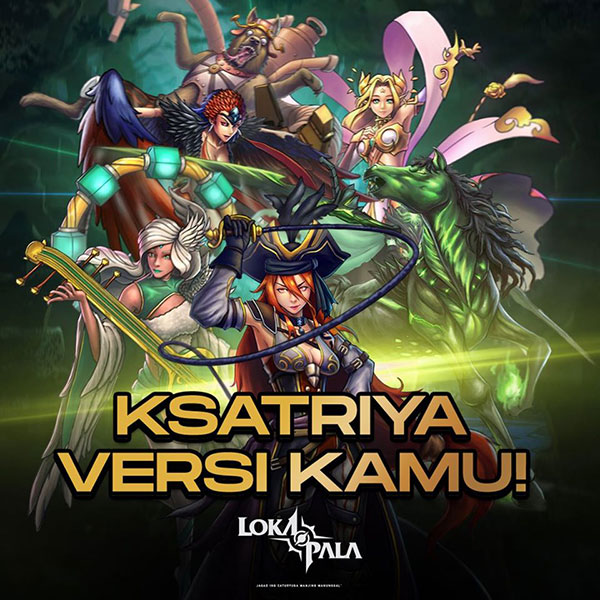 Also attended on the live event are Ivan Chen, as the CEO of Anantarupa Studios; Diana Paskarina, COO in Anantarupa Studios; Dedi Suherman, as the CEO of PT. Melon Indonesia; Stanley Tjia, the International Esports Referee; Faizal Rochmad Djoemadi, as the Digital Business Director of Telkom Group; and Hilmar Farid, as the Director-General of Culture of the Republic of Indonesia.

An almost similar thing also expressed by Hilmar Farid, "This game (Lokapala - red) is special because it presents the history of the archipelago in a new way that is through a game. So it can be a means of interaction between players to learn the history of the archipelago. With this initiative, we see cultural progress is brought to a different level through the integration of historical narratives into the game."

About the game itself, Ivan Chen, as the Anantarupa's CEO, gave an illustration of how long the Lokapala preparation and the development process has reached two years. Ivan also explained his mission to help the local gaming industry and introduced cultural values ​​to Indonesian youth.

They chose the MOBA genre because this genre was loved by 67% of esports players. The development of the game market in Indonesia for 3 years grew by 300%, but unfortunately it was not followed by the average national economic growth which was only around 1.06% from the 2015-2018 period. 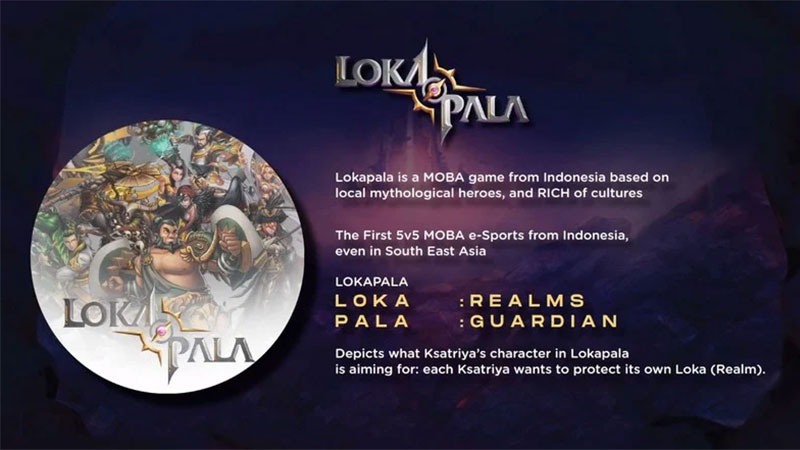 For those who are unfamiliar with the name of the game, Lokapala is originally derived from Sanskrit; Loka (which means the universe or world), and Pala (which means to guard). So in full interpretation, Lokapala would mean the guardian of the world. Along with some of the unique in-game features such as Yantra System, Rakshasa, Ganking Lane, Vahana, The Ancient One, etc.

Regarding the features of this game, Diana Paskarina explained, "Our developers have big dreams, we also see the huge potential of Lokapala. Most of our team members are also gamers. Why MOBA? Because we want to compete in the esports market." 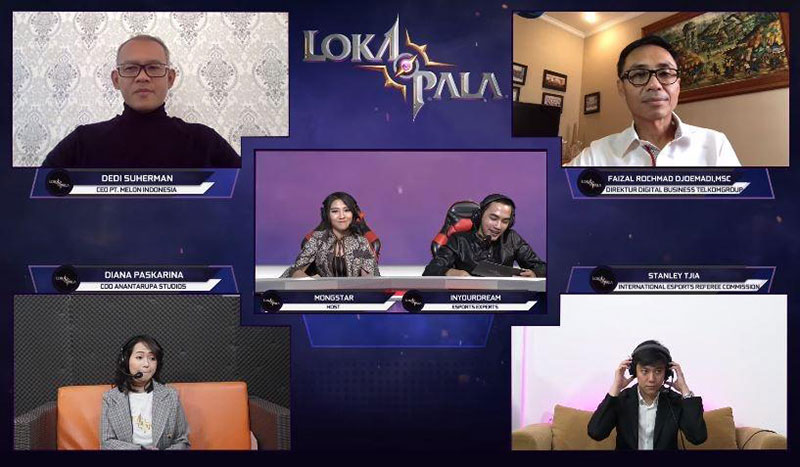 "On the internal side, MOBA is quite complex because we have to develop 40 or more characters, where the characters have their own strengths and skills so that the game is more balanced. We can also introduce many characters from national figures and from the culture of the archipelago," she added.

Unfortunately, Lokapala is now only available on Android devices. While the iOS version is still under development for the next few months. In the closing session, the four speakers still encourage people to stay at home, exercise regularly, and most importantly don't forget to play Lokapala, an Indonesian-made MOBA game, with local wisdom in it, and we should be proud of its existence. 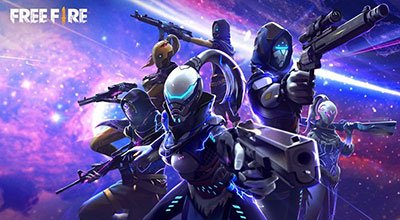 8 EASY Ways to Get DIAMONDS for Free Fire (FF)! 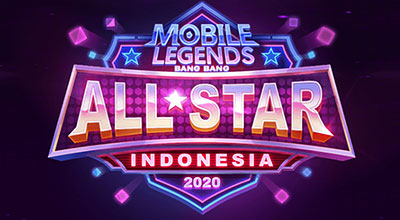