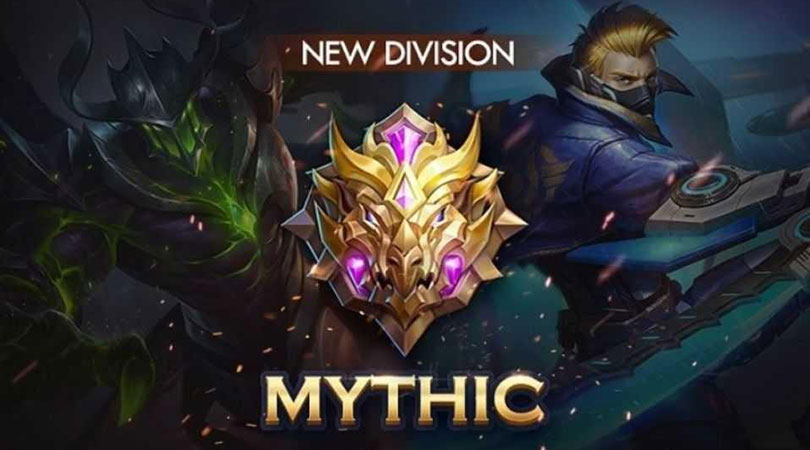 Do you ever feel tired of doing push rank every day and all week but still stuck at the same tier for so long? The dream of reaching tier Mythic is almost impossible for some people. So, we will share with you 10 easy steps to reach the highest rank in Mobile Legends!

First of all, you must realize that it requires a long process. It means you have to do all of these things to improve your quality of play. Are you guys ready? Check it out!

Playing by yourself or a solo player will not benefit you because there are so many factors that will make it even more difficult to get higher. You will probably meet one player who becomes a feeder or making silly deaths just to give more gold for your enemies. Sometimes your teammates are newbies who can't play right or not paying enough attention to the game situation. The best solution is always to play a rank match with one or two of your high ranked friends.

But, forming a full team of 5 players with your friends is also not recommended. Since most likely your team will be fighting with the same full premade teams, especially in ranked matches above tier Legend II. In some cases, you will even meet a few pro players. They usually play in teams to practice before participating in an event.

In a team of three with your friends, just let the other two players have their favorite heroes. But, at least make sure one of you picks a mid lane hero since it is a crucial role for any formation. The other two players should just choose a tank or support. The bottom line is to make the other two public players work in maximum effort for the team.

The best way to do this is by securing one or two heroes that are basically in the meta right now. These meta heroes are keep changing after a while, so try to learn at least two characters. Usually, there will be a slight change after a season reset, or even any updates that are now often scheduled by Moonton.

Study all the changes in every update and find out which heroes get a nerf or buff. You could just join any group or gaming communities of Mobile Legends players, and learn what are their thoughts about the new patches. Another way to look for better OP heroes is to watch some pro players in a big tournament, such as MPL.

We told you already to pick 2 heroes that you think are OP or consider Meta heroes in the season. Learn their mechanics and master them in some classic matches first!

Just to make it easier for you, those 2 heroes that you picked are both from the same role. This way you will have one backup hero if your first option got picked or banned by your enemy. For example, you like to play as a tank, so you should master either Khufra or Grock. So, if your enemy decides to pick/ban Khufra, you still can play Grock with the same quality as before.

To make you a better player in Mobile Legends, or any ranked match, you should master two roles. Instead of just focusing on tanking, you can also learn to play as a Marksman or Fighter. This will avoid the possibility of meeting the same one-role focused player in your team. If that happens, it will break the balance of your team formation.

Your team formation should not just consist of individual favorite heroes but must also be picked to counter enemy heroes. That is the way everyone in your team should at least have 4 heroes to master, so your team formation is far more flexible in lineups.

For example, in the drafting phase that is very crucial in every ranked match, you should consider all suggestions made by your teammates. Understand what role are they playing, which heroes that are good for him/her, and also what lane do they prefer to play.

If your enemy picks Aldous, what your team must do is to choose heroes that can counter him. Since Aldous is very dominant in the late game, so just pick a hero that can give constant pressure on him from an early game such as Lunox or Gusion. Combined with an aggressive tank like Grock, your team will be able to force Aldous in a poor state.

This is also useful for stealing buffs by killing Turtle / Lord. Especially for the role of tank and support, this aspect should be your main focus since you have the duties to help any teammates that are targeted by enemies. But, remember that every player in Mythic should already know about this basic knowledge, so play smarter than them.

This is the quality that you should also apply for your daily life. Never surrender in a match as you will never give up with any problems you had in your life. To avoid it, you should just play more cautious because there are no impossible things in Mobile Legends, the comeback is real!

If you are the carry of your team, try to avoid any team fight in the early game as much as you can. Just focus on farming to get more gold, and keep one friend to stay close with you always. Better to play objectives by pushing on turrets, or kill turtle if necessary.

Earn your way to get the best equipment for your hero, and carry the team to make the memorable epic comeback! If you are going to have a team fight, bring it closer to your turrets to give a much better chance to win.

This is your way to be a better player. It is actually an easy task but somehow so hard to be done, right? When your team is starting to lose a lot, take your time and analyze your recent matches. Figure out with the players in your team what is the cause of all of your losses.

From the discussion, you will find the best formation for the team and some other alternative strategies to have when playing against many different squad formations. Ask also for opinions from your friends about emblem setup, alternative spells, or any better items. Suggest them as well, so you all will grow together!

This really works if you make a good analyst of your recent matches. Find a suitable schedule where your team did the best results by winning a lot. But, also try to avoid playing ranked matches where did you suffer the most. It's not just avoiding some pro players, you could also preventing to play with some newbie players, etc.

Based on our experience, the ideal time to push rank is between 8 pm till 11 pm. If you team up with two of your friends, you are most likely to win at those specific hours. First is because not many pro players play at that time, instead you will find some jockey players. They should be a big problem for you if your skills are better than they are.

Whenever you feel tired or too sad for a reason, try not to play for a while. Your in-game performance will be affected by your mood also. People with happy feelings will indeed have a better chance of winning than a sad person. It goes the same with people who are tired after their daily activities since they will easily lose focus in the game.

Your bad mood could also come from a losing streak, especially when they are not your fault. It's better to take a break and get your mood back to play again. Cheer up!

10. Make a Friend with Pro Players!

This is surely the easiest way to push your rank higher! If by any chance you have a friend that is already in tier Mythic, just ask him/her politely to play with you hehe. Even if you didn't want to admit how good your friend is, just play with it and hold your ego!

There will be 2 good reasons you can get by playing with him/her. First, your rank will get higher. And, the second reason is to understand what makes your friend better than you and study how to encounter it when you ever going to play against him/her.

See how easy it is to push rank to tier Mythic using these 10 steps, right? Do you have any other suggestions or more tips & tricks to share? Give it a go in the comment section! ^_^