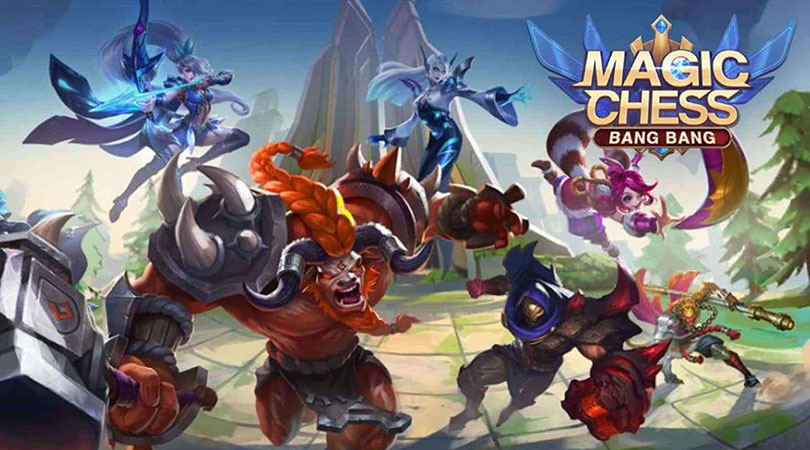 Already almost two weeks after it was officially launched, and many players are beginning to learn the best combination of heroes in Magic Chess Bang Bang (MLBB Auto Chess). So, what is yours? Let's compare our best pick of synergies!

This combo is not too popular if compare with the other two synergies below, but the line-up has a more flexible and consistent style of play. Especially with Eudora and Vale are available to activate your Tier 1 of Elementalists effect bonus, early in a game. You will be luckier when you can get Aurora from the first Fate Box.

It is also useful in the late game when you already have several 3-star units, with no 1-star left, so two of your 2-star units will automatically raise into 3-star units. Thanks to the Elementalist (4) synergy. 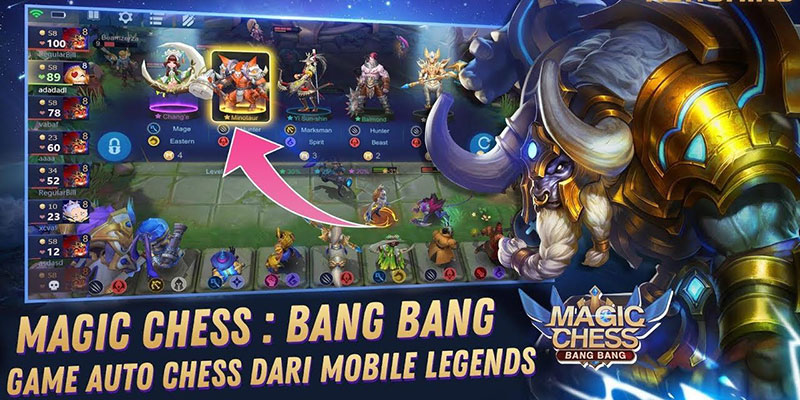 By including Vale and Valir in your early formations, then you already obtain tier 1 of Western Desert synergy, which is currently giving a 22% chance of dodging incoming Basic Attacks. You can easily get the full buff with Claude and Mino, even though they both are strong units on their own. Another option is to fit Esmeralda on your squad since she is an invaluable asset if you are considering add Mage synergy.

This combo is very effective against a team that focuses on Basic Attacks because their attacks would be countered by the Western Desert synergy. Other than to counter team with many marksmen, you can rely on this Elementalist - Western Desert to face the Weapon Masters synergy.

The third synergy to consider when playing this combo is Northern Vale and making your Aurora as an instant stun machine. At the same time, your front line will be much powerful by bringing Freya and Masha. 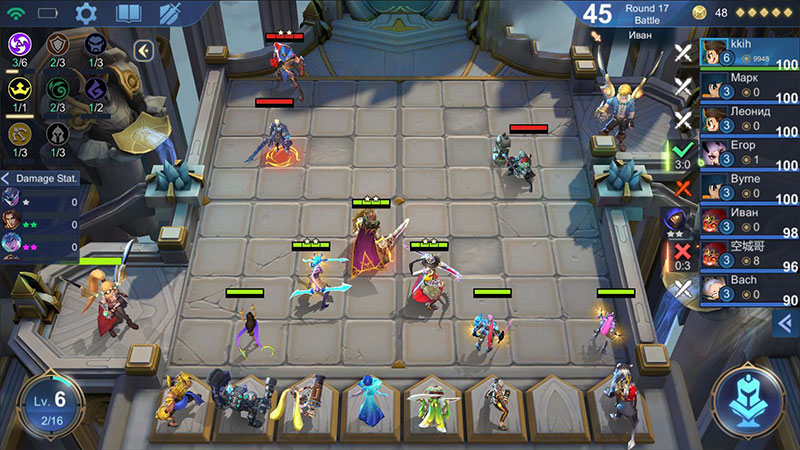 Or, if you are interested to have a little modification, you should try adding Odette plus another Empire hero. This way, you will have both Mage and Empire synergy. If you require more impactful items along the way, we could suggest Hanabi and Hayabusa for deploying Marksman or Scarlet Shadow synergies.

This would the most fun to play with in Magic Chess since their synergy makes one unit gain 12% attack speed and obtains a shield equal to 12% of max HP. It also even stacks to 3 times (tier 1). At times, when you already have 6 units of Dragons Altar, you could make some sick wombo-combos from many potential synergies.

One note to consider that your core unit for most of the time would be Wanwan. Her ultimate is almost as broken as it is in Mobile Legends, especially when combined with Feather of Heaven, or any other attack speed items. Accompany by Ling, they both will crush any enemies with a powerful burst. 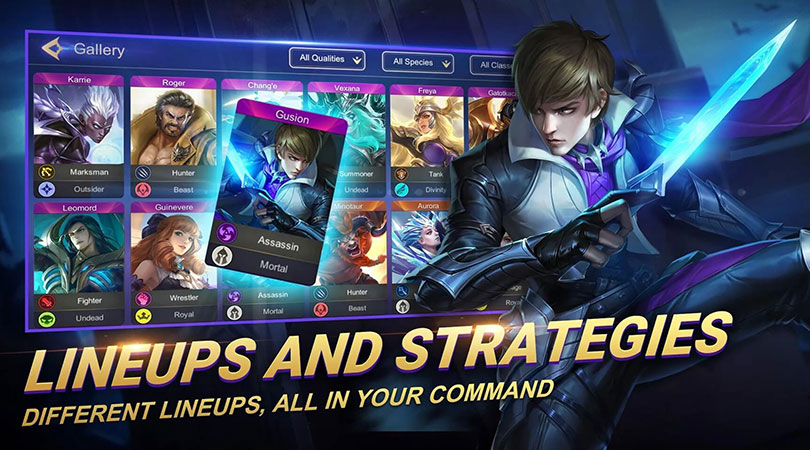 This combo can also be manipulated with the use of certain things so you will have a more creative synergy setup. For example, get Assassin and Marksman, since both have class-specific item pendants. The alternate synergy is adding Summoner in your line-up, especially when you can obtain Zhask in the early game. The best-supporting units for your squad are Tigreal or Johnson, to get the Targetman for a durability purpose.

This is, if not the easiest, maybe the most popular synergy right now. The synergy bonus works well with many other synergy combos. The amount of HP recovery for all heroes after dealing damage is greatly increased from 25% (tier 1) to 65% (tier 2).

But, you need to consider that this synergy is almost the same as Dragons Altar, which is not too powerful in the early game. It will only give a major impact when you already gained tier 2. Fortunately, there are totals of 8 units available in the Weapon Master roster. So, basically it won't be very much trouble in requiring 6 of them. 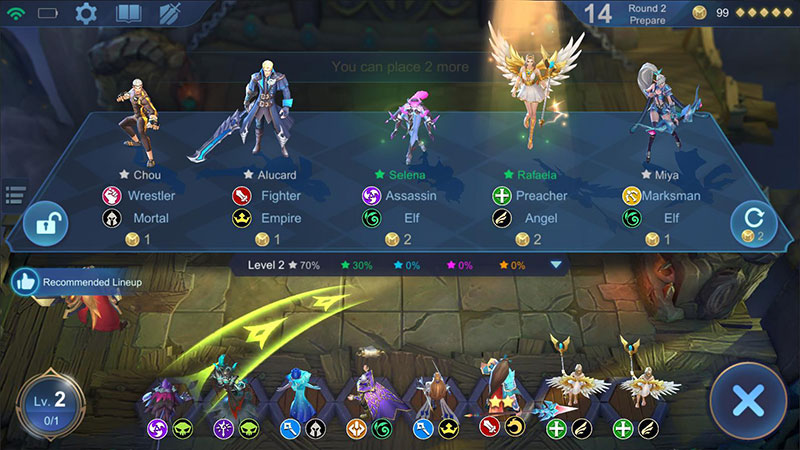 Try your best to recruit Freya as fast as you can because this hero will be the primary unit on your troops. It costs 3g, but her ability and power are still no match with most of the hero units in Magic Chess. Especially when you can transform her into a 3-star unit, then she would be an invisible hero by your side. To make it more decisive, just accompany her with Alucard and Argus, to guarantee your triumph!

If you still have courtesy for your enemies, and willing to try any other synergies, just make a combination with Undead or Abyss. You can absolutely be optimized by their tier 1 bonus as your team benefits.

At the beginning of a game, use Moskov to utilize Undead bonus, then pair it with Argus to gain Abyss synergy. Next, you can replace Moskov with Terizla (Fighter/Abyss). That way, if you can get a hand of Leomord, it will be your new Undead bonus carrier. When Leomord didn't show up, just switch to your Abyss synergy by recruiting Alice or Dyrroth. Either way, you are one step away from activating Wrestler synergy, if you got the item tho! 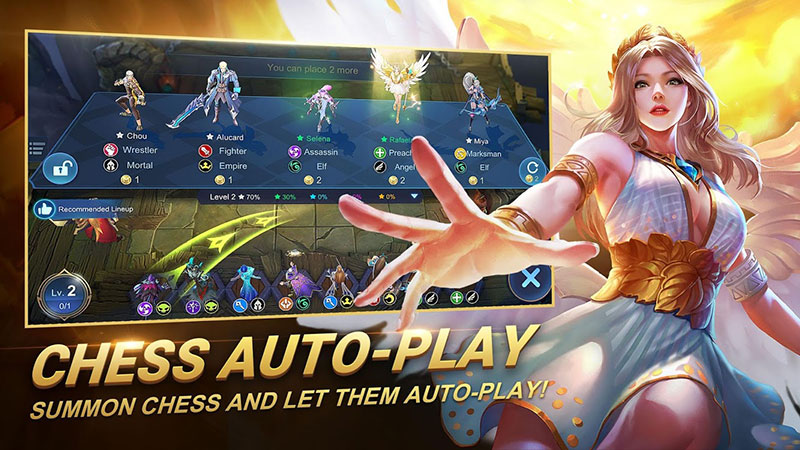 For some reason, if you are committed to Freya, then the best option is to synchronize with Northern Vale. You can only pair it with a Marksman if you already acquire the right item. When you do, we would like to recommend to keep Moskov in your line-up. After that, go search for Granger and Alucard to comply Monastery of Light synergy. That trick can also viable when you acquired a synergy item for Dragons Altar. In that case, the units that you should find would be Wanwan or Ling.

As Hanabi and Hayabusa are both cost 2g, then you could easily get Scarlet Shadow synergy as your first combo. They may not be the best synergy, but their presence is still essential in the process of getting your ideal formation.

To sum up, you should always open to the option of using Scarlet Shadow synergy. It's not just because they are easy to find, but their DPS is quite impactful since the early game, at least until you find all the heroes you need. As a reminder, this synergy would never be your main focus because it is only to substitute the units that you are going for. Nevertheless, it won't hurt to have one in your bench ^_^